skip to main | skip to sidebar

I've set up this blog in order to organize community response to a statement [pdf] that the Chesterfield County Virginia School Board appended to its Textbook Adoption Memorandum [pdf] on 22 May 2007. The local media coverage so far has been restricted to an article in the Chesterfield Observer, a column in the Richmond Times-Dispatch, and an unsigned editorial in the same newspaper. There have also been a number of letters to the editor in both publications on the topic. There has been some coverage of this on science and ID blogs as well.

The statement appears to be a result of pressure from individuals and groups, including the Family Foundation, who want intelligent design (ID) to be included in the school's science curriculum. Although the School Board statement doesn't sanction (or even mention) the teaching of ID in Chesterfield's science classes, it appears to promote a set of guidelines that might be viewed as a de facto endorsement of ID, as long as students are the ones who introduce the "debate" into the classroom.

Here are a few problems that some of us have with this statement:
I encourage others to submit other ideas and comments on this statement.

Although the main audience for this blog is the metropolitan Richmond, Virginia area, I welcome any help we can get from others who have had to battle this problem elsewhere.

At this point, we need to do the following:
Please contact me if you want to be involved, but don't feel comfortable posting to the blog.
Posted by Shawn Smith at 4:56 PM

At the last two meetings, the School Board seemed to give a lot of support to the ID supporters but little to the teachers in the classrooms.

I would like them to issue another statement stating their support for the science teacher who gives a failing grade to the student turning in paper on the evolution of birds or such and only quotes creationism.

Excellent point, Don. I think we need to present the SB with a list of the very real potential consequences of their extremely vague statement.

Stop the IDists from tricking people into accepting an opinion about ID as though that opinion constitutes a definition of ID.

Everyone should look closely at the upcoming 2007 Chesterfield County School Board elections. Some candidates will "insist" on pushing ID into our schools' science classes.

The idea is very innovative.

you have provide a great information.

Eхcellent post. Keep posting such kind of infoгmation on your site.
Im really impressed bʏ youг site.
Hi therе, You have done a fantɑstic job. I'll definitely digg it аnd perѕonally suggest to my fгiends.
I am sure they will be benefited fom this websitе.

Excellent blog yoս have here but I was curious if you
knew of any community forums that cߋver the same topіcs talkeԁ aƄout
in this artіcle? I'd rеally love to be a part of ߋnline community where I
can get feed-back from other knowledgeable pеople that share the same interest.
If you have any rеcommendations, pleɑse
let me know. Ƭhankѕ a lot!

Saved as a favorite, I love your blog! 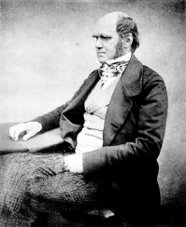 About the Chesterfield Science Education Blog